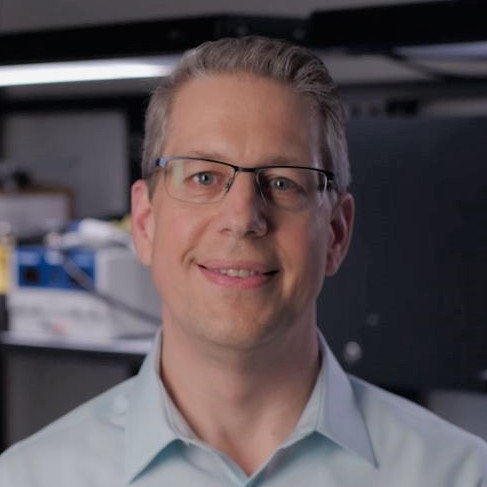 The Transformational Journey and Future of Surgical Robotics

The use of surgical robotics has seen tremendous growth over the last 20 years and now plays an important role in the field of surgery.   These systems allow more procedures to be performed using minimally invasive techniques and improve outcomes over open surgery by reducing trauma and shortening recovery times for patients.  The exciting reality is that this is just the beginning of the transformational power of this technology.  The future of this field lies in the combination of robotics with advanced visualization, navigation, and data analytics.  This presentation will give an overview of Medtronic’s new Hugo Surgical Robotic System and discuss how it is a platform for growth in these areas to integrate new technology and enable advanced procedures.  The presentation will also explore ways that industry and academia can better partner to realize the full potential of surgical robotics by leveraging our strengths and working together.

Bill Peine, Ph.D. is the Senior Director of System Architecture at Medtronic’s Surgical Robotics Unit developing the Hugo Robotic System for teleoperated minimally invasive surgery.  Before joining the company in 2013, Bill was at T2 BioSystems working as a technical lead to develop the T2Dx, a fluid diagnostic system incorporating nuclear magnetic resonance for detecting molecular targets.  He has also been involved with several medical device startups, including Cambridge Endoscopic Devices developing handheld articulating laparoscopic instruments and EndoVia Medical developing a low-cost teleoperated surgical robot.  In addition to his industrial experience, Bill was a tenure track Professor of Mechanical Engineering at Purdue University researching novel surgical robotic technology and algorithms for image-guided surgery.  He was also a founder of Pressure Profile Systems producing high sensitivity tactile sensors and systems for industrial and academic applications.  Bill earned his Ph.D. in Engineering Sciences from Harvard University and B.S. in Electrical Engineering from Purdue University and is the author of over 80 patents and peer reviewed publications. 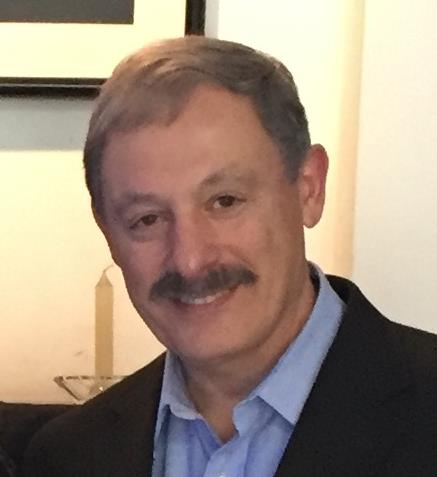 This presentation offers a vision and analyzes a scheme developed for microgrids that utilizes blockchain technologies to optimize transactive operations in power distribution systems. Technological and socioeconomic developments in distributed energy resources have promoted the use of renewable energy in microgrids as a promising alternative to the traditional use of thermal energy for electricity delivery in a bulk power grid. Microgrids are small-scale self-controllable power systems that interconnect on-site generation resources and loads for striking a local balance of energy production and consumption. Geographically-close microgrids are networked to broaden the merits of microgrids and eventually refine electricity service provisions across the power distribution system. Transactive energy, as the cross-section of technological, political and economic innovations, opens up the door to peer-to-peer autonomous electricity retail markets together with new business and operation models for power generation, delivery, and consumption. Through active participation in the decentralized transactive energy management process, networked microgrids collectively provide additional opportunities for improving the operational performance of power distribution systems. As networked microgrids are intrinsically cyber-physical systems that may unintentionally expose cybersecurity vulnerabilities to potential disruptive agents, blockchain is considered as an option that provides a transformative solution to address the cybersecurity and mutual-trust concerns through the application of cryptography and the execution of smart contracts. Accordingly, networked microgrids will interact in an automatic, credible and auditable manner for maintaining a greater degree of efficiency, reliability, resilience, and sustainability in electricity services offered to local communities. We present several practical examples and conclude that blockchain technologies embedded in transactive energy will play a significant role in the evolution of traditional power distribution systems to active and smart distribution networks.

Dr. Mohammad Shahidehpour is a University Distinguished Professor, Bodine Chair Professor of Electrical and Computer Engineering, and Director of the Robert W. Galvin Center for Electricity Innovation at Illinois Institute of Technology (IIT). His project on Perfect Power Systems has converted the entire IIT Campus to an islandable microgrid. Dr. Shahidehpour was the recipient of several technical awards including of the IEEE Burke Hayes Award for his research on hydrokinetics, IEEE/PES Outstanding Power Engineering Educator Award, IEEE/PES Ramakumar Family Renewable Energy Excellence Award, IEEE/PES Douglas M. Staszesky Distribution Automation Award, and the Edison Electric Institute’s Power Engineering Educator Award. He has co-authored 6 books and 750 technical papers on electric power system operation and planning, and served as the founding Editor-in-Chief of the IEEE Transactions on Smart Grid. Dr. Shahidehpour is the recipient of the 2009 honorary doctorate from the Polytechnic University of Bucharest. He is a Fellow of IEEE, Fellow of the American Association for the Advancement of Science (AAAS), Fellow of the National Academy of Inventors (NAI), and an elected member of the US National Academy of Engineering (NAE). He is also listed as a highly cited researcher on the Web of Science (ranked in the top 1% by citations demonstrating significant influence among his peers). 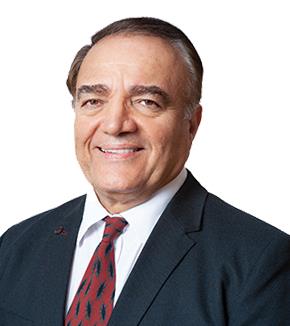 The Enabling Technologies for Exploration of Space Missions

For space, technology carries a specific meaning: the means to enable exciting new missions. We have achieved many new capabilities by leveraging technologies that have seen rapid advances for mission applications. For example, the advances in hi-speed rad-hard processors is enabling autonomous spacecraft missions. Future ground-breaking discoveries, as well as NASA’s role in that future, will depend on autonomous systems, that use sensing, perception, reasoning, and decision-making, with little to no human intervention. The advantages of rapid 3D printing have been pushed to an additional fourth “dimension,” namely by constructing space systems whose functions evolve over the course of the mission. The use of the smart materials has now made it possible to develop gears that no longer require lubrication and will perform in extreme environment for a long time. Other examples include miniaturization of instruments and systems now flying in JPL’s planetary CubeSats, new robotic systems that can crawl on a wall, and the swarms of thousands of tiny autonomous spacecraft, as well as flying a helicopter in Mars atmosphere. This presentation will provide an overview of the emerging space missions and the breakthrough technologies that will enable these missions over the next two decades with emphasis on challenges in operation of autonomous systems.

Dr. Hadaegh is the Jet Propulsion Laboratory’s Chief Technologist. He joined JPL in 1984 after receiving his Ph.D. in Electrical Engineering from the University of Southern California. For over two decades he led the Guidance and Control (G&C) Analysis Group for research in guidance, estimation, and control theory and for the development of algorithms and software for planetary science and astrophysics missions. He has been Principal Investigator for several space technology demonstrations and has led technology developments for spacecraft formation flying, autonomous rendezvous and docking for NASA missions and the Department of Defense programs.

Hadaegh is a JPL Fellow, Senior Research Scientist, and a Principal Engineer. He is a Fellow of the Institute of Electronics and Electrical Engineers (IEEE) and Fellow of the American Institute of Aeronautics and Astronautics (AIAA). He has received numerous awards including NASA’s Exceptional Service and Exceptional Achievement Medals, the AIAA ‘s 2021 Mechanics and Control of Flight Award, and JPL’s Award of Excellence for “Flight Validation of Autonomous Rendezvous in Earth Orbit.” 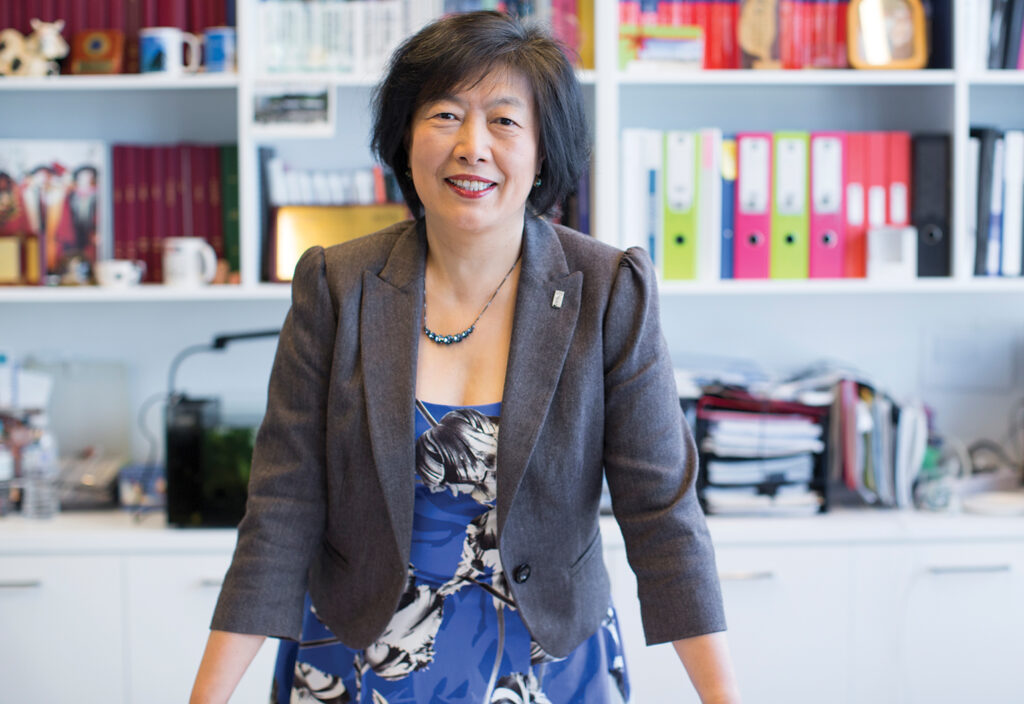 This talk will present how machine learning can innovatively and effectively learn from data to support data-driven decision-making in uncertain and dynamic situations. Fuzzy Transfer Learning theories, methodologies and algorithms will be presented that can transfer knowledge learnt from one or more source domains to target domains. Knowledge transfer is achieved by building latent spaces, fuzzy mapping functions and self-training to overcome tremendous uncertainties in data, learning processes and decision outputs (classification and regression). This talk will also present Concept Drift theories, methodologies and algorithms to show how drift learning can handle ever-changing dynamic data stream environments with unpredictable stream pattern drifts through developing effective and accurate detection and adaptation methods. These new developments enable machine learning to enhance data-driven prediction and decision support systems in uncertain and dynamic environments

Distinguished Professor Jie Lu is an internationally renowned scientist specializing in fuzzy transfer learning, concept drift, decision support systems, and recommender systems. She is an IEEE Fellow, IFSA Fellow and Australian Laureate Fellow and Director of the Australian Artificial Intelligence Institute (AAII) which has over 250 staff and students and the Associate Dean (Research Excellence) in the Faculty of Engineering and Information Technology at the University of Technology Sydney (UTS). Distinguished Professor Lu has published six research books and over 400 papers in Artificial Intelligence, IEEE Transactions on Fuzzy Systems, IEEE Transactions on Neural Networks and Learning Systems, IEEE Transactions on Cybernetics, IEEE Transactions on SMC: Systems, and other leading journals and conference proceedings, including ICML, IJCAI, AAAI, ICDM. She has won an ARC Australian Laureate Fellowship and ten ARC Discovery Projects, led many industry research projects and supervised 46 PhD students to completion. Within the scientific community, she serves as Editor-In-Chief for Knowledge-Based Systems (Elsevier), Editor-In-Chief for the International Journal of Computational Intelligence Systems and has delivered more than 25 keynote speeches at international conferences and chaired 15 international conferences. Distinguished Professor Lu is the recipient of the UTS Medal for Research and Teaching Integration (2010), the UTS Medal for Research Excellence (2019), the Computer Journal Wilkes Award (2018), the IEEE Transactions on Fuzzy Systems Outstanding Paper Award (2019) and the Australian Most Innovative Engineer Award (2019).

Any cookies that may not be particularly necessary for the website to function and is used specifically to collect user personal data via analytics, ads, other embedded contents are termed as non-necessary cookies. It is mandatory to procure user consent prior to running these cookies on your website.